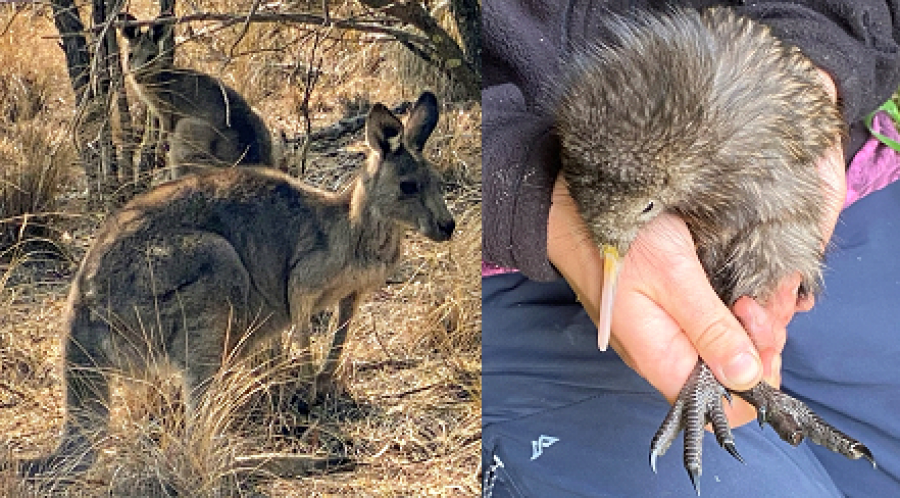 “Shut the borders” is a natural first reaction to an external threat. It makes a lot of sense in the early stages of a pandemic, when those arriving at the border are more likely to be infected than those within the country. But what if that’s no longer the situation? After a country lifts its internal restrictions on travel, at what point does it make sense to re-open its borders? And with what other countries?

Why re-open the border?

Closed borders are costly. Tourism is an important industry for both New Zealand and Australia, and the industry is being particularly hard hit by COVID-19. A first step to rebuilding it will be to re-open internal borders. However, domestic tourism will only rebuild the industry up to a point.

Visiting friends and relatives is a big reason for travel, and Zoom is a poor substitute for in-person visits. I’m both a Kiwi and an Aussie, with family and friends on both sides of the Tasman. In “normal” times I cross the Tasman or receive visitors over here, several times a year. I’m one of 62 712 Australian-born people living in New Zealand.1 There are 518 466 people living in Australia that were born in New Zealand! 2 And many of those who’ve stayed in their birth country have friends and relatives that have “crossed the ditch”.

Travel for holidays and recreation is another big reason for travel. One might think that if New Zealanders holidayed in New Zealand, and Australians holidayed in Australia, then both countries would be just as well off (or even better off, having not paid those trans-Tasman airfares). But the reality is more complex. All it takes is some Queenslanders who strongly prefer South Island ski fields to Gold Coast sunshine in winter, and some New Zealanders with strong preferences the other way, and people in both places will be better off with open borders. Moreover, the tourism industries in both places will pick up faster, because otherwise some of those people would save their money (or spend it on something other than travel), rather than pursue a less-favoured holiday. 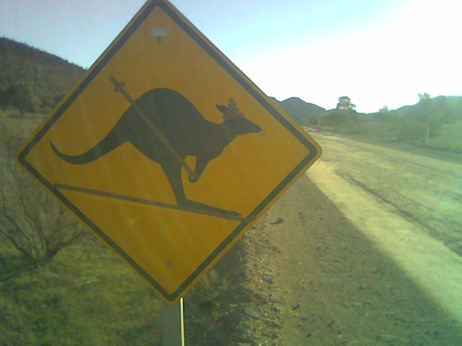 There are limited opportunities for skiing in outback Australia. Photo: Dave Heatley

In theory, a country should be open to people from a second country as long as the people coming in are no more likely to be infected with COVID-19 than those in the resident population, and abide by the same rules as the resident population. What’s more, it would make no sense to place these visitors in quarantine, as they pose no more infection risk to the receiving country’s population than do its current residents.

Just how likely is a person to be infected? The following graph shows the number of active cases per million population in New Zealand, Australia and each Australian state over the past few weeks.3 Active cases, standardised for the population size, is a good proxy for the likelihood that any individual in that population is infectious. 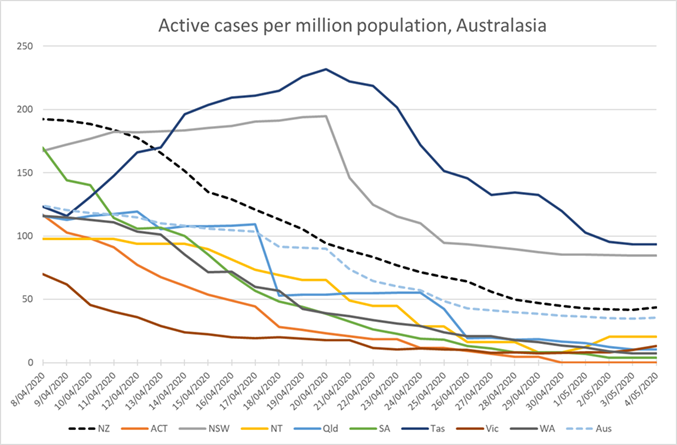 On these numbers, New Zealand (now at 44 active cases per million population) should be keen to accept Queenslanders (10 per million), but not the other way around! However, Queensland does not control its international borders, so the decision would be made at federal level.4 And New Zealand has been closely tracking Australia as a whole (now 36 per million).5

A country planning to open its borders to another with a similar background level of infection would also want to assure itself that virus transmission was under control in the other country. Otherwise the parity between the two countries could change quickly, encouraging one or the other country to re-close the border.

Both countries have now brought the virus’ reproduction well under control. Here is the graph from How are we trackin’?, updated to Monday 4 May.6 An RPE value less than 0.8 indicates effective control of COVID-19. 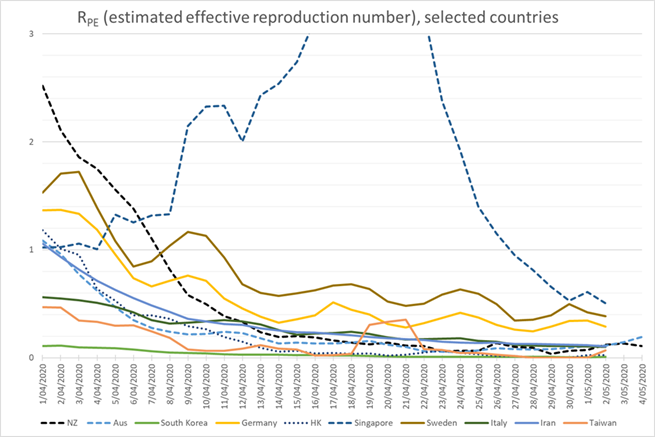 RPE is 0.11 in New Zealand, and 0.19 in Australia, both well below the 0.8 threshold. The two countries have tracked each other closely over the past three weeks.

RPE is back below 0.8 in Singapore, as it has recently brought a cluster in migrant worker housing under control. Every country in this group now has virus transmission under control. This includes Sweden, which has the least restrictive social distancing policies.

What else would be required to re-open the border?

Air travel is a breeding ground for infection

It could make contact tracing more difficult and less reliable

Countries around the world are adopting smartphone apps to support better contact tracing. New Zealand has announced it is considering adopting Australia’s COVIDSafe app, which is nearing 5 million downloads across the Tasman. It would be very sensible for New Zealand to accelerate the adoption of this app, and ensure it is capable of tracking people’s movements on either side of the Tasman.

The border will need to be closed again, as soon as there is a cluster in the other country

Small cluster outbreaks from time to time are a likely part of the future of both countries. In some cases these will justify a local or regional lockdown, such as for the hospital cluster in northwest Tasmania. That would reduce spread beyond that area to other parts of the country, as well as to other countries. Closing the border would be an over-reaction to a localised outbreak. Ultimately, each country will need to trust the other country’s health system to effectively manage the disease. It can monitor that effectiveness, however, using data and tools such as those in this blog post.

It could constrain future choices to re-open borders with other countries, as Australia and New Zealand would need to make a joint decision on letting anyone else join the “club”

New Zealand will face this issue when extending “club” membership to other countries, whichever country it first opens its borders to. This is not a good reason to delay getting started.

This graph shows my estimate of the effective reproduction number for New Zealand, Australia and the Australian states as at Monday 4 May. You can clearly see the hospital cluster in northwest Tasmania, and a meatworks cluster in Victoria. Such clusters will tend to dominate this measure in places with very low background rates of infection. 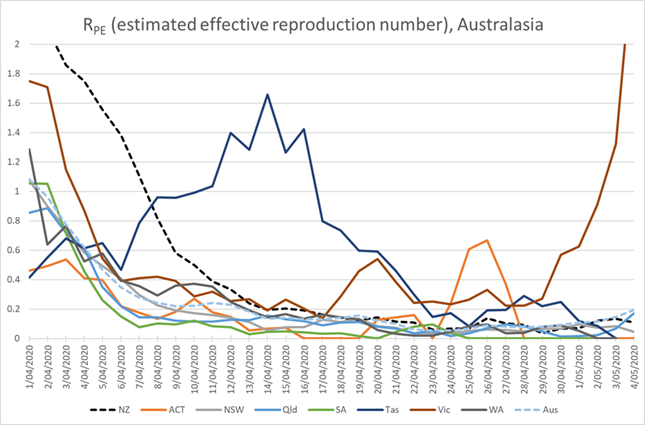 Notes
1. As at 2013. https://en.wikipedia.org/wiki/Australian_New_Zealanders
2. As at 2016. http://www.ozkiwi2001.org/2018/08/aust-2016-census-nz-born/
3. For this post, Australian data is from https://www.covid19data.com.au/. New Zealand data is derived from https://www.health.govt.nz/our-work/diseases-and-conditions/covid-19-novel-coronavirus/covid-19-current-situation/covid-19-current-cases. Other country data is from https://github.com/CSSEGISandData/COVID-19/tree/master/csse_covid_19_data/csse_covid_19_time_series
4. Active cases per million population will tend to over-estimate the actual likelihood of a traveller being infected. This is because at any point in time the majority of infected individuals are either symptomatic or were recently symptomatic. Such people are likely to be in self-isolation or hospital, and not candidates for travel. To establish the actual likelihood of a traveller being infected, I would need to estimate the number of pre-symptomatic and asymptomatic individuals in the population. There is no direct way to measure this. But their numbers must have been falling over time otherwise RPE would be rising, given that pre-symptomatic cases turn into active ones, and asymptomatic individuals infect others, the majority of whom become symptomatic as the disease develops.
5. Nor could New Zealand decide to open its borders only to Queensland, unless rules were in place to limit travel between Queensland and other Australian states.
6. I have changed the countries from those listed in the original post. The calculation of RPE relies on numbers of cases who subsequently recover, and these numbers are no longer available for UK, Norway, the Netherlands and Denmark in the John Hopkins University dataset. I have added Taiwan, Iran and Italy for this graph. Taiwan because it has kept case numbers very low, whereas Iran and Italy have seen major outbreaks.

This article was republished from the New Zealand Productivity Commission – read the original here.

Covid-19 sent capital markets into a tailspin worldwide. But it also provoked a new wave …